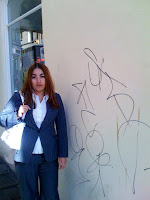 The amount of graffiti in the centre of Bath seems to be getting worse. I have reported this example on the side of Binks cafe between [Abbey & Cheap Street] to the Council and asked them to remove it. Graffiti in our town gives a poor message to residents and visitors alike. "There is a direct link between the amount of graffiti and the amount of anti social behaviour and crime." Mandana 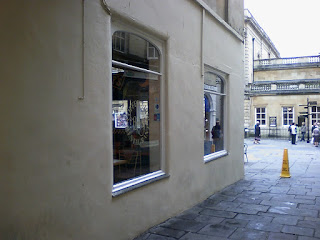 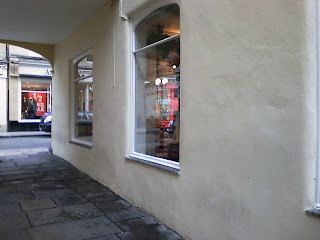 I just want to congratulate you on being one of those who take action against graffiti and vandalism. Bath is a beautiful jewel of a town and on the occasions I have visited I have remarked on the absence of graffiti - whereas
in some other great tourist centres you are confronted by it almost everywhere. In Athens, for example, it appears all over some of the city's most beautiful old buildings and it stays there! I should have realised the reason why I saw no graffiti in Bath is because there are "worker bees",k citizens like yourself, who are refusing to tolerate it. Well done! It's the only way. A similar thing happens in some cities in New Zealand: concerned citizens are out there obliterating graffiti as soon as it has appeared!